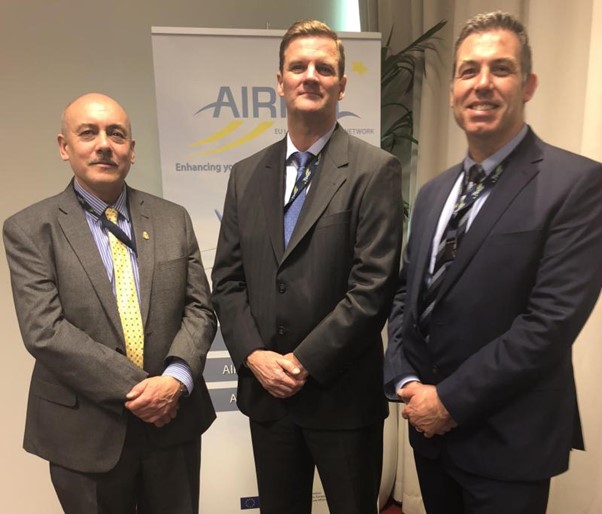 In April 2018 CAMOR were asked to deliver an Insider Threat Awareness programme and exercise on behalf of AIRPOL, the European Law Enforcement Group and the Airport Council International (ACI) who represent European Airports.

Insider Risk had been identified as one of the most important growing threats to the Aviation Industry and there had been a number of incidents across the world highlighting the risk. These included the British Airways plot involving the conviction of Rajib Karim, a BA employee in 2011 and the Daallo Airlines plot in Mogadishu in 2016, where a laptop IED was concealed and brought into an airside area and handed to an accomplice who boarded the flight and detonated the device shortly after take-off.

CAMOR were selected due to the team's extensive expertise in the area of Insider Risk and Employee Vulnerability, gained through both their operational expertise in the law enforcement and aviation sectors as well as their academic research in this area.

The initial awareness programme was delivered by the CAMOR team in partnership with representatives from the US Transport Security Administration, Department of Homeland Security and members of the FBI Joint Terrorism Task Force. Following the awareness session, CAMOR facilitated a bespoke exercise on 'The Threat from an Insider within an Airport Environment'. Delegates were placed into groups and were guided through the stages of the threat from an insider covering:

The event was attended by 60 delegates spanning a number of airports and law enforcement agencies across the US and EU. Following the training and exercise, delegates were able to understand the vulnerabilities associated with the threat from an insider, the criticality of having an insider awareness programme led by a Senior Manager or Executive and the importance of having robust mechanisms and measures in place for reporting suspicious activity and protecting their organisation.