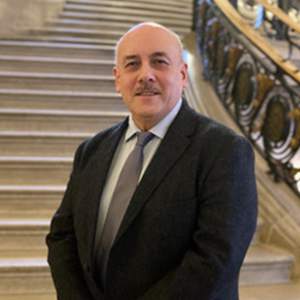 In November 2019, David was appointed as a security and counter terrorism subject matter expert to the Manchester Arena Inquiry into the 2017 terrorist suicide bombing at Manchester Arena.

David has worked closely with the Interpol CBRNE Terrorism Prevention Unit, and in 2019 served as the course co-ordinator for an Interpol Insider Threat course held in Abu Dhabi, for the country’s law enforcement and government sectors.

Having worked closely with Glasgow Caledonian University and CPNI to develop an academically linked programme around Insider Risk, and inconsideration of his work over almost a decade with the University, David was appointed as an Honorary Professor with the University in 2017. He has had this appointment confirmed recently.