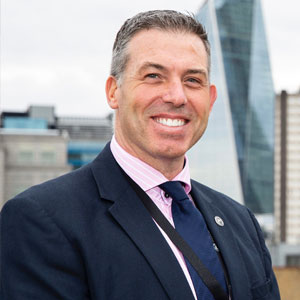 Paul is CAMOR’s founder and Chief Executive Officer. He is an accredited ICAO and UK Aviation Security Professional Manager, and UK Department for Transport certified instructor in the Aviation Security training.

In his Police career Paul served many years as a Detective Officer across multiple investigative, intelligence and covert policing branches, including Counter Corruption and Pro-Active units. First in his class Detective Training, Paul was recognised for his innovative interviewing techniques, and was twice nominated for a Policing Excellence Award.

Paul continues to work with a number of major Airports in the UK and Internationally, appointed as an Aviation Security Expert, to audit and review existing security planning.